If you’d like to know me, here’s a little something to get you started: 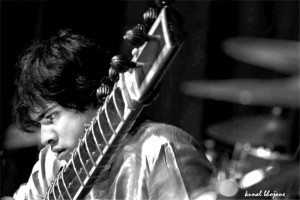 Sweekar Katti is blessed with a musical family. He began his Sitar training at an early age of 10 from his guru – his father Dr. Sunil Katti who is well renowned Sitar and Santoor Maestro and also a Music Composer. Sweekar Katti belongs to ‘Etawah Gharana’ (Imdadkhani Gharana) and follows the immensely appealing ‘Gayaki Ang‘. His electrifying yet soulful performances have been widely appreciated by the music lovers as well as critics. His mastery over Taal – rhythm, especially Laykari, is something to look out for. Sweekar Katti has performed in many Classical and Fusion Concerts at prestigious Music Festivals in India and Abroad. He has keen interest in exploring new avenues of performance, and contributes towards innovative ideas of blending different genres of Indian Classical and Fusion Music. 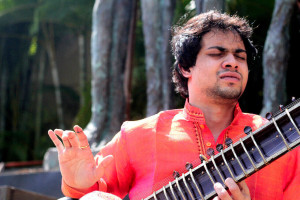 Sweekar’s father realized his musical inclination and aptitude, and started giving him Tabla lessons when Sweekar was just 7 years old. The idea was to get him well acquainted with the concept of Rhythm – Laya. He would sit attentively while his father played the Sitar/Santoor, and thus built a strong affinity towards string instruments. When it was time for him to choose his path for the musical journey, he chose Sitar. His father bought a small Sitar for him, and thus began his musical education under the guidance of his father. By the time he passed out of school, he knew that he wanted to pursue music as his career and joined a college that supported and nurtured his musical abilities to the full extent. Sweekar Katti has participated in many intercollegiate competitions, national competitions and has won several awards. Now, as a Professional Sitarist, he has given several performances in India and overseas.

View Sweekar Katti’s full biography to learn about his childhood, accomplishments and much more.

If you would like to know more about my work, here are some of my performances/concerts:

Performance at “AAROHI by Pancham Nishad” with Shri. Satyajit Talwalkar on Tabla

View Sweekar Katti’s full work profile to learn about his various performances/concerts in India and overseas.

Despite his young age, Sweekar comes across as a mature artist.With his talent and dedication he promises to carve out a place for himself amongst the leading sitarists of the next generation.

If you’d like to take a peek, here are some of my pictures:

We have a page full of pictures & videos to show you. You may also download Sweekar’s publicity/ concert photographs from our Photo Gallery!